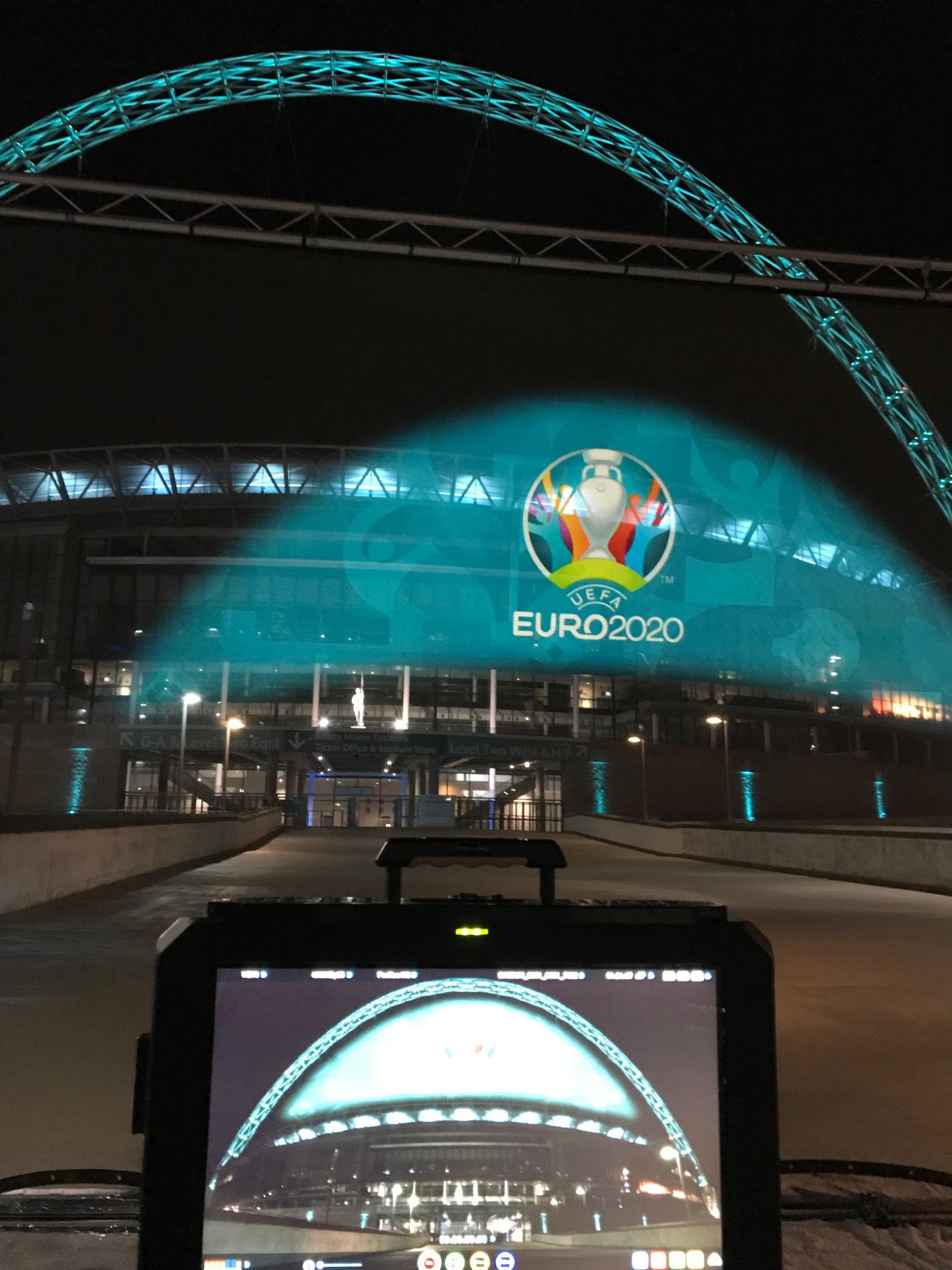 We were delighted to be working on another project with Projection Artworks, who once again brought creativity and imagination to Hologauze®. The brief was to mark one year until the UEFA EURO 2020. Projection Artworks chose to use Hologauze® from a distance to augment a montage of the tournaments highlights, giving the appearance of a giant projection under the Wembley Stadium arch.

The end result was absolutely show-stopping and – despite working in very cold conditions! – the project was a smooth operation. A true success for all involved, which we hope is a good sign for the UEFA EURO 2020 tournament!