The Orb Livestream at Holotronica

Stuart was due to be VJ’ing for The Orb on a UK Tour in April 2020. Due to the pandemic the tour has now been moved to April 2022.

Following news that the tour was cancelled it was decided a special gig named ‘Cosmos Orb Club – This Is Not Here Show’ would be streamed live from Holotronica.

Featuring tracks from The Orb’s last couple of albums along with some fluffy favourites, mixed with immersive, mind-altering visuals by Stuart on HologauzeⓇ, the livestream experience was brought to life in eye-popping style! 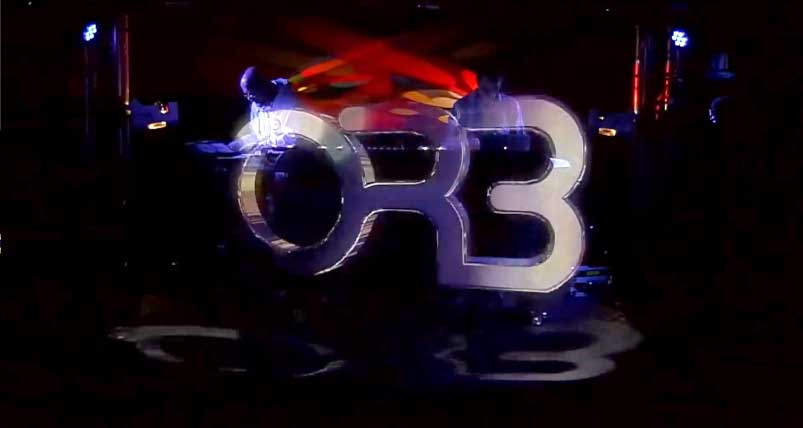 The livestream was such a success, that a second event, ‘This Is Not Here 2’ went ahead a few months later. The Orb reimagined the classic album ‘Metallic Spheres’ while also playing out some favourite classics. This gave another opportunity for Stuart to create and play out more visuals on HologauzeⓇ ahead of the UK Tour in April 2022. 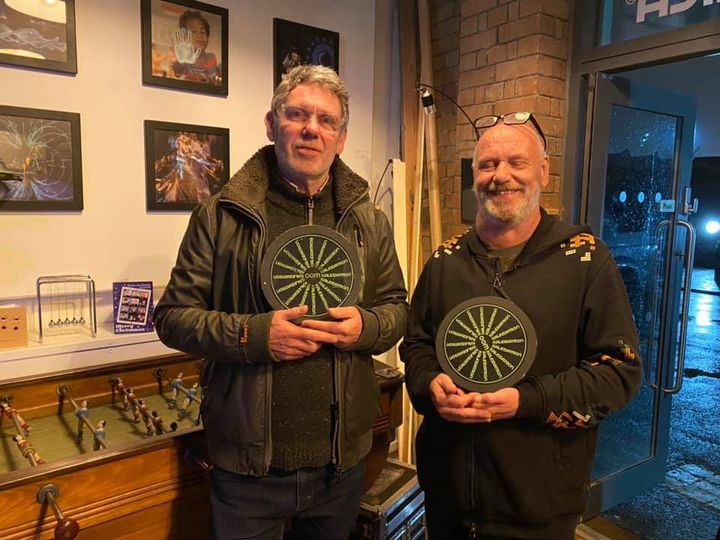 Above is a picture of P and Heinz, AKA The Orb, after they bought a Kaleidatron from Stuart’s Orders of Magnitude project. With only 5 Kaleidatrons left, Stuart is very close to completing Level 11.